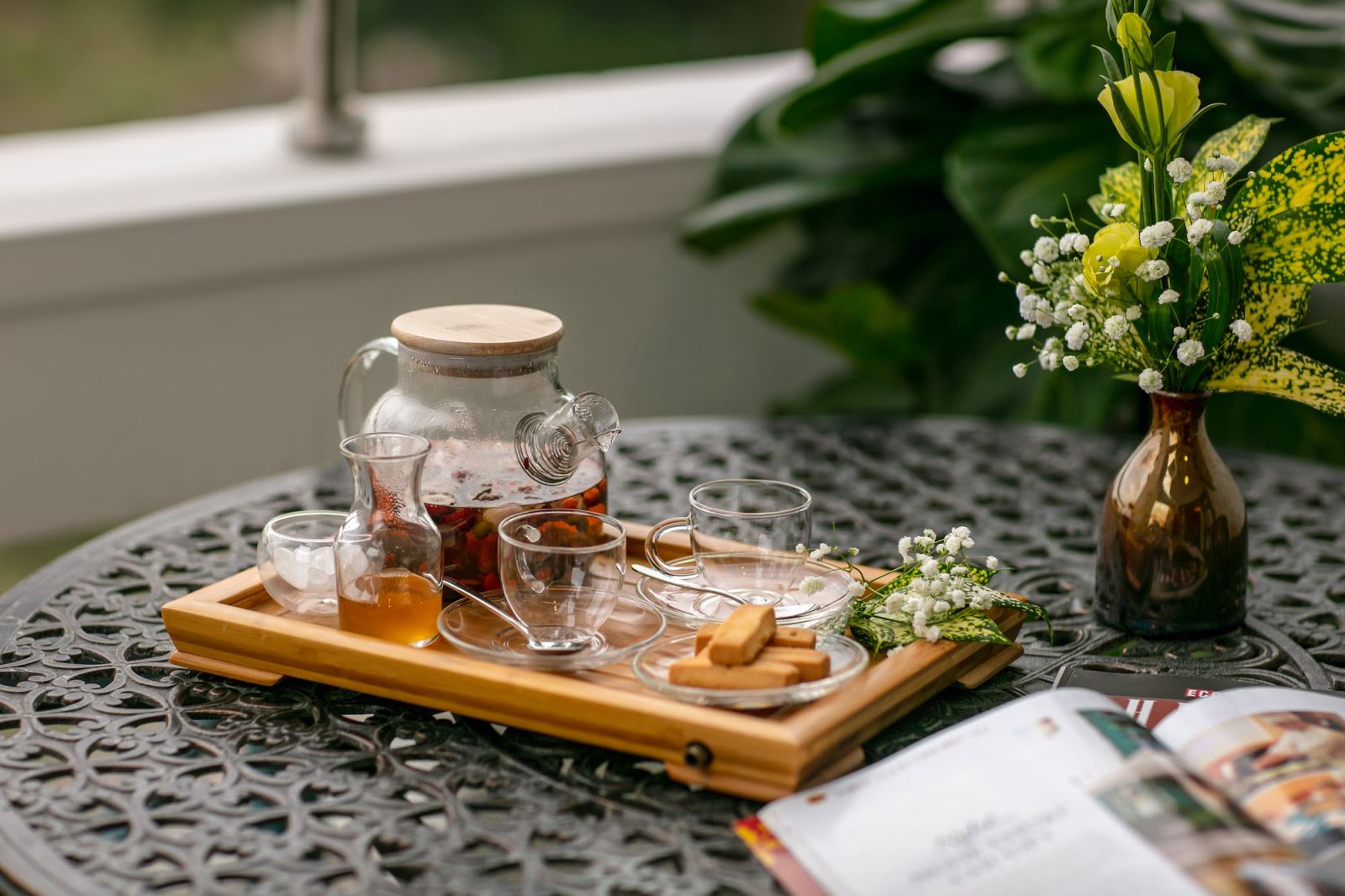 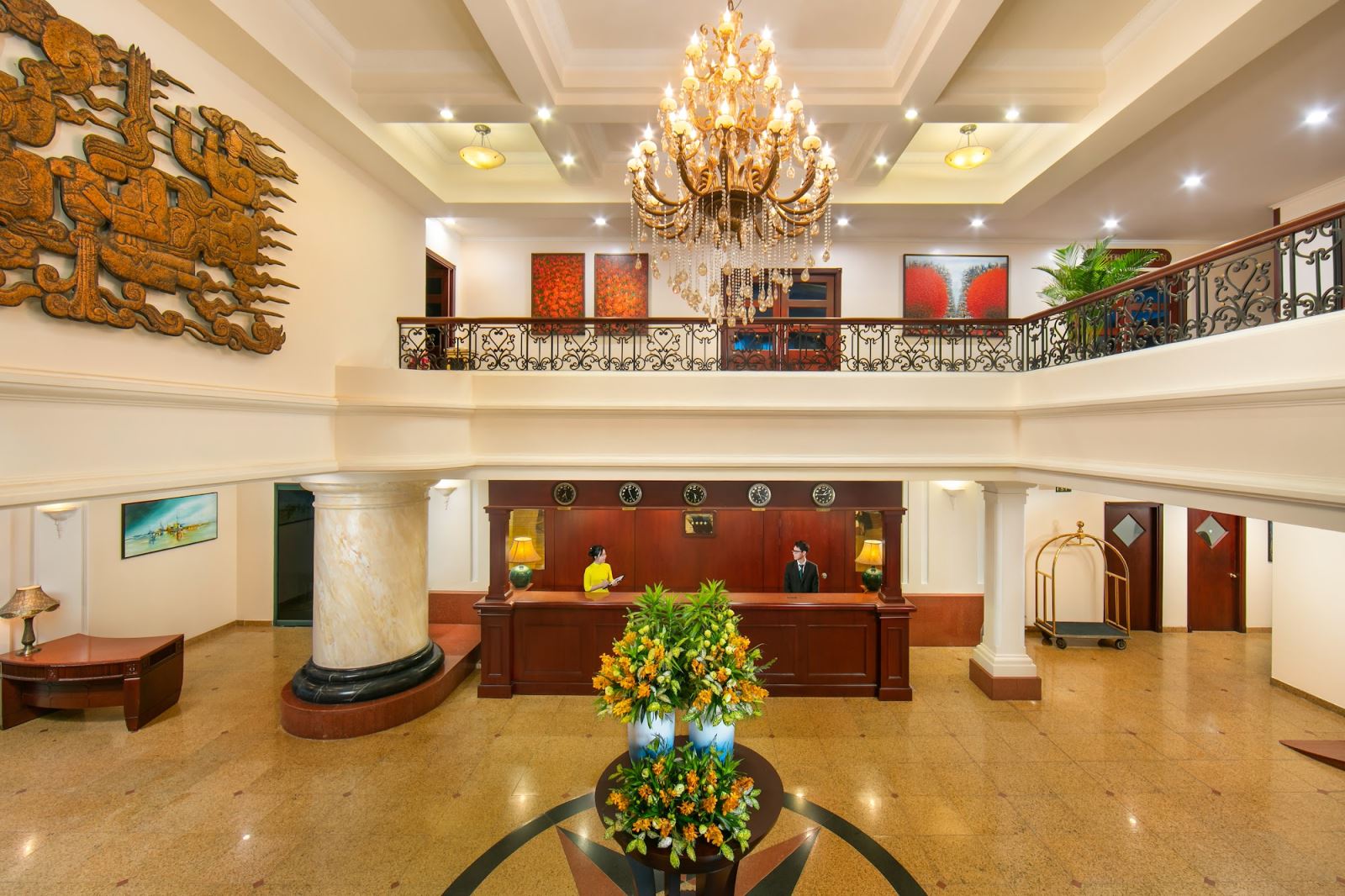 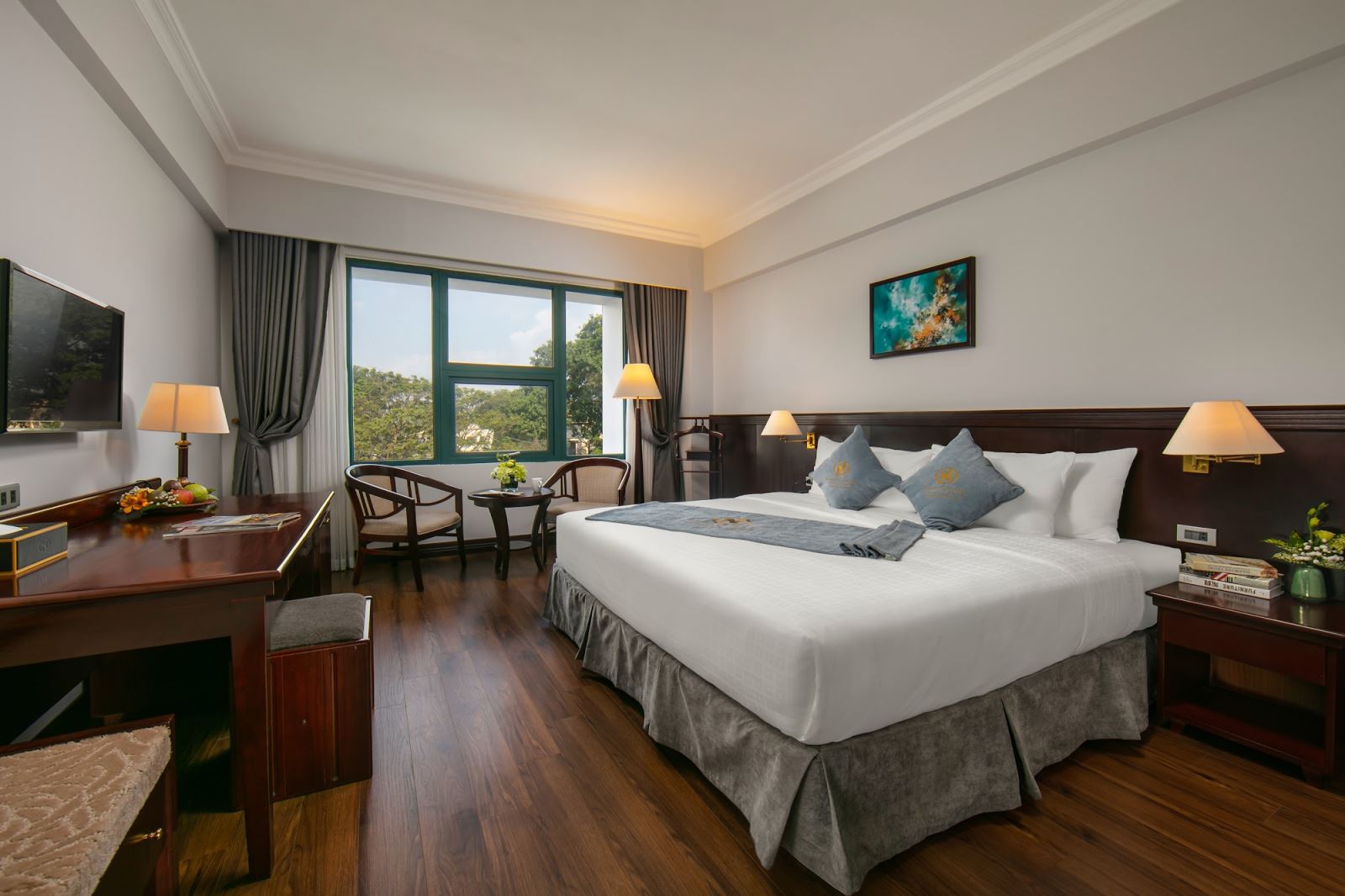 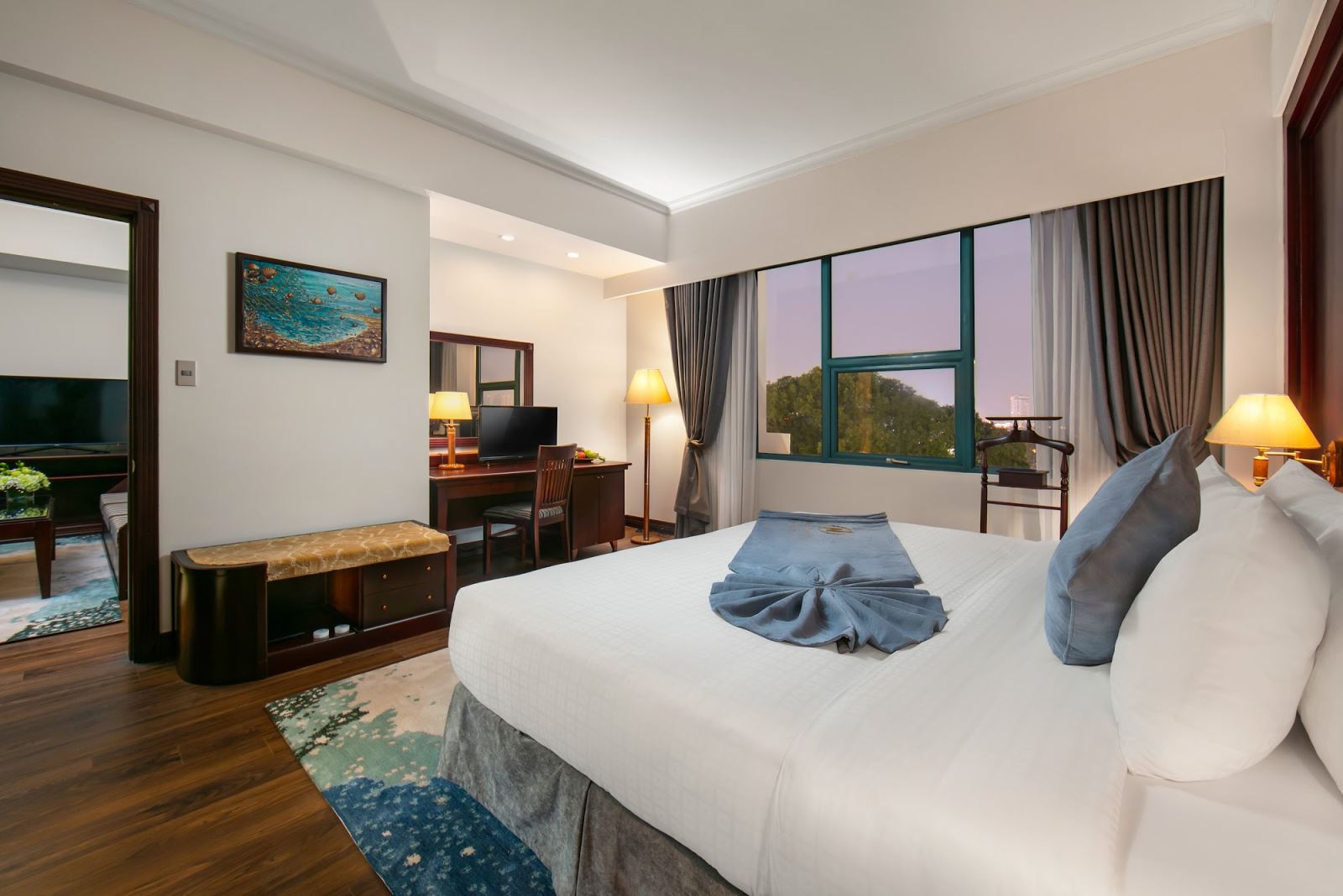 WELCOME TO THE TRAY HOTEL

The Tray Hotel: One of the first 4-star hotels in Hai Phong, the original name of the hotel  was Tray. With a prime location in the heart of the city center, just 5km from Cat Bi international airport, 15km from Do Son beach, it is very convenient for travelling to Cat Ba island and major industrial parks of Hai Phong such as: Dinh Vu, Trang Due, Vsip, Nomura, etc... 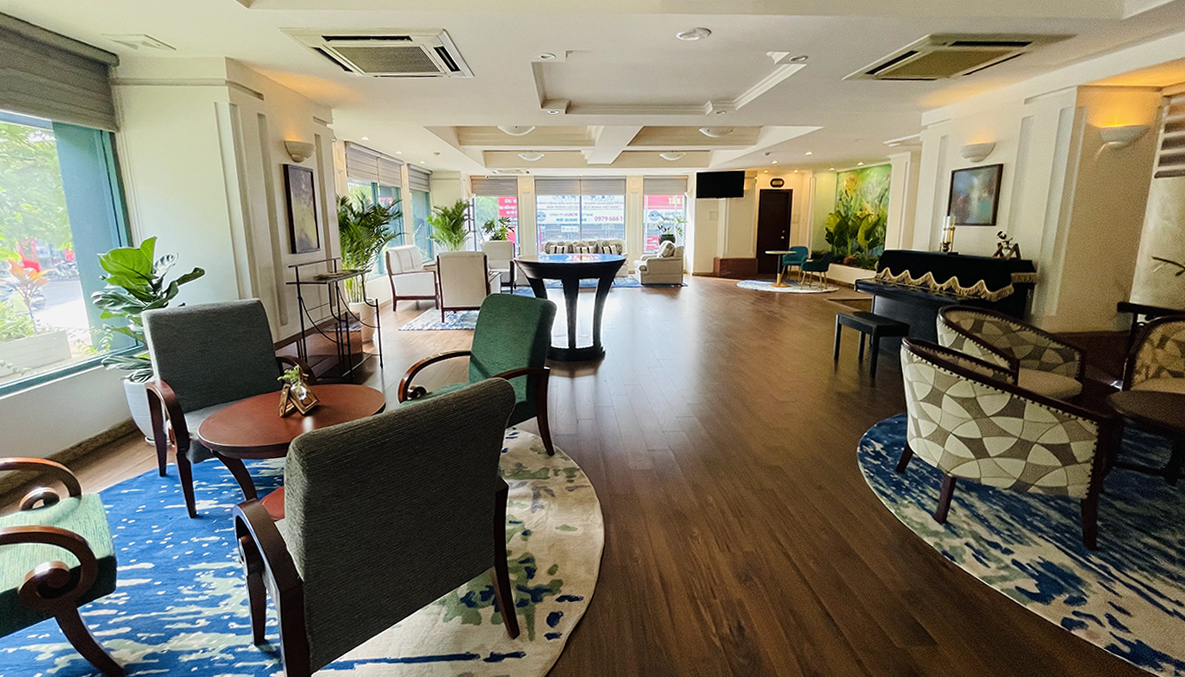 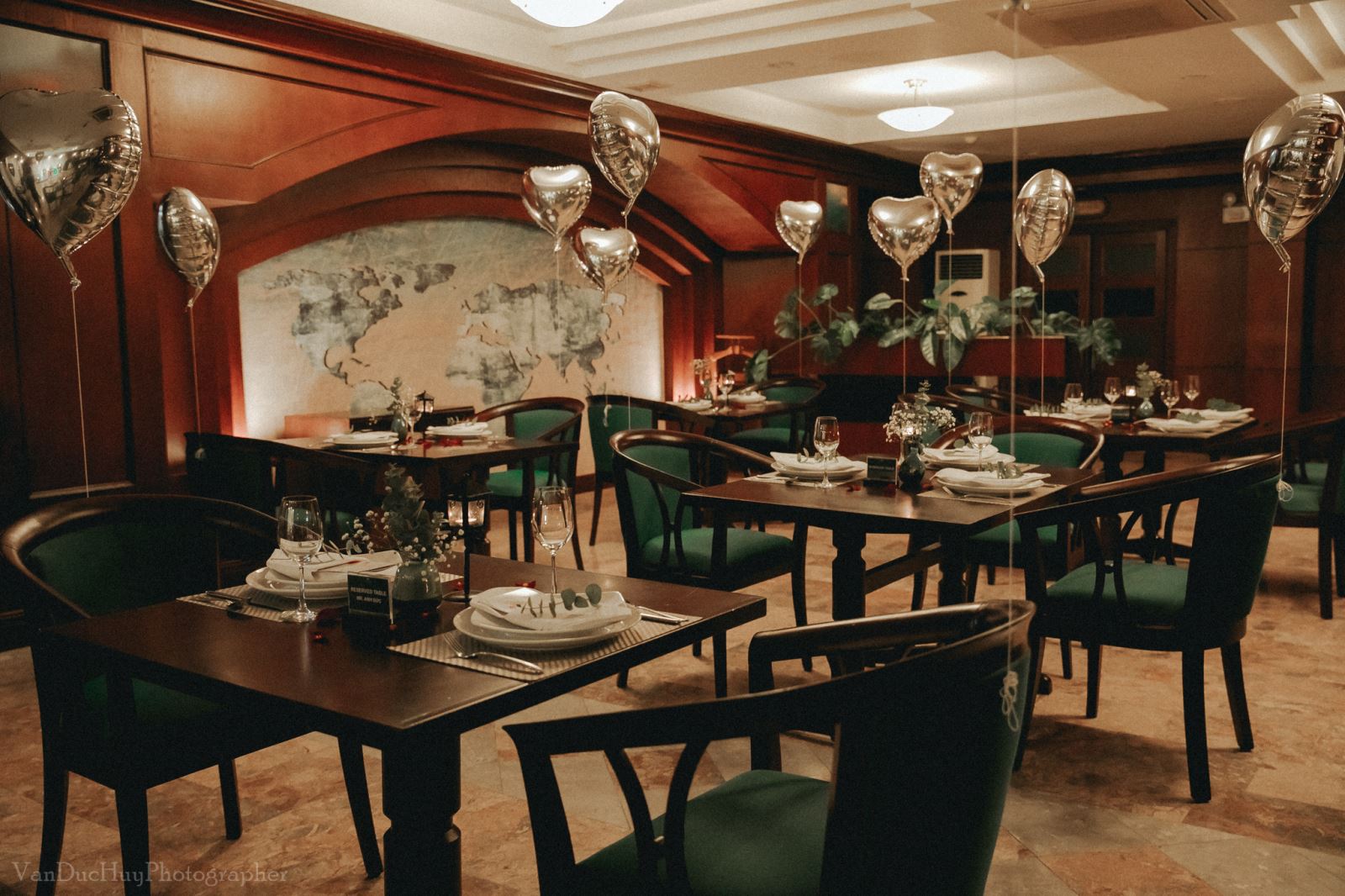 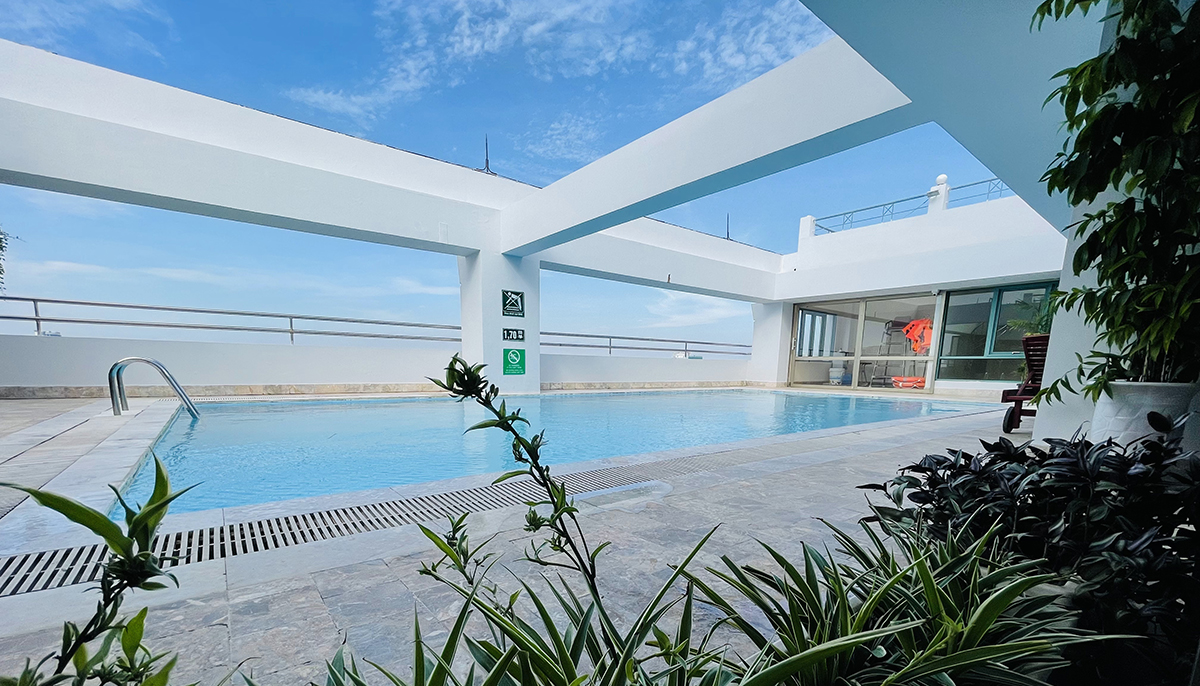 YOUR IDEAL PLACE TO STAY
The Tray Hotel consists of 78 well-appointed rooms and suites of 4 categories ranging from standard executive rooms to Nam Cuong suites, furnished mainly with elegant woods and warm color tone, specially designed to give every guest a cozy taste of their own home.
VIEW ALL ROOMS & SUITES 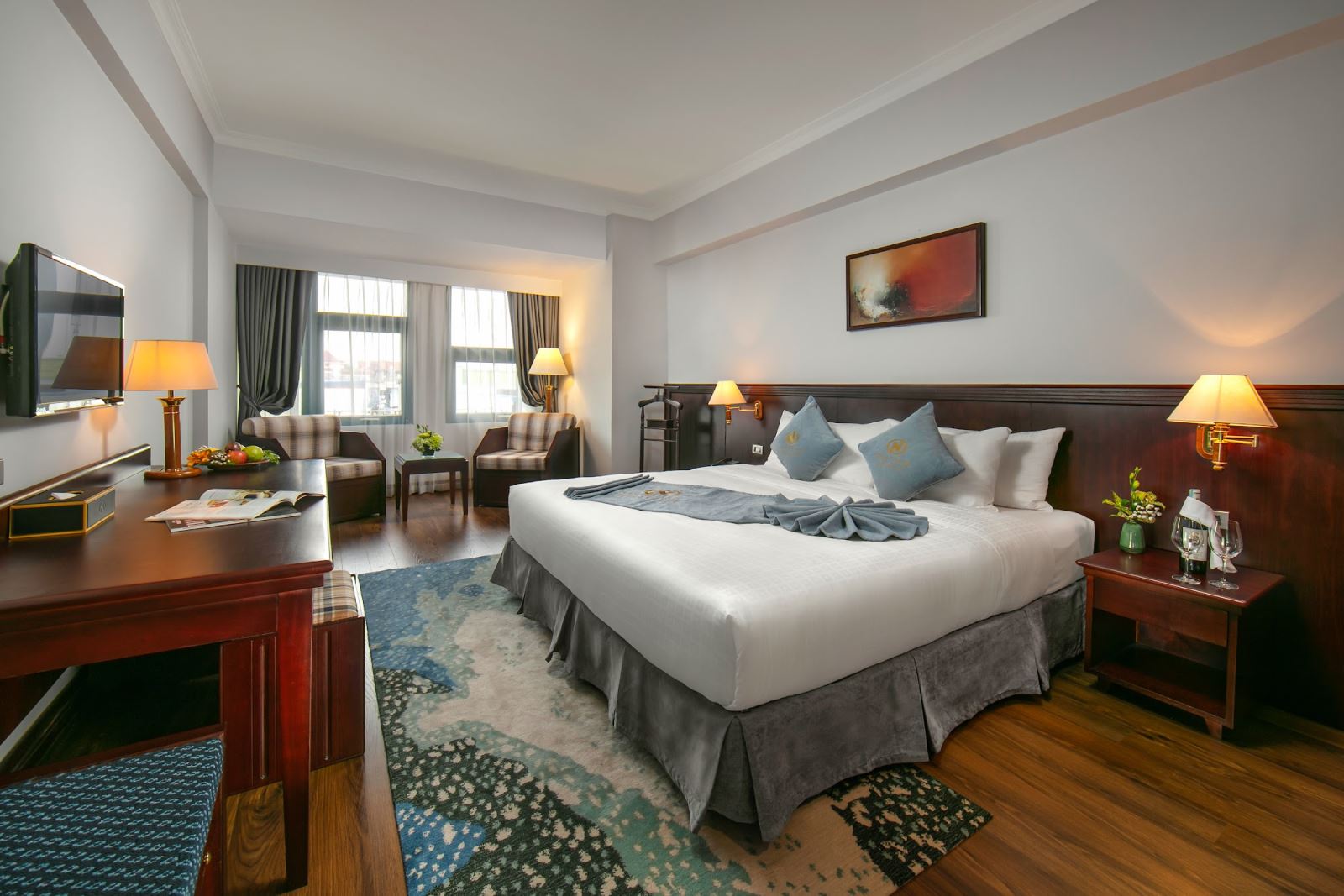 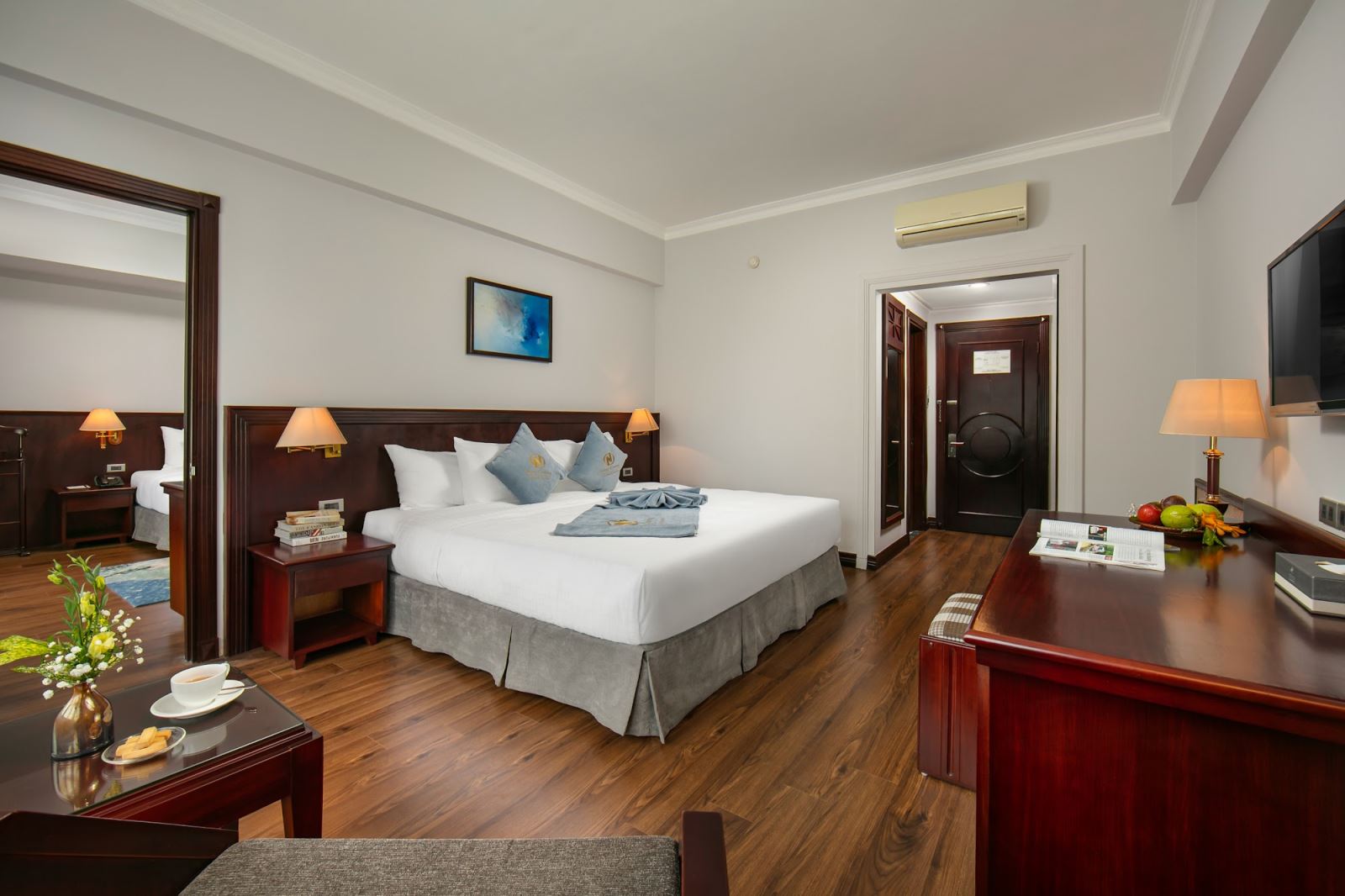 A luxurious room class decorated in a classic style, the Junior Suite has a large living room for family gatherings or receptions. In addition, the room also has 2 more windows to take advantage of natural light and enjoy the beautiful scenery of An Bien lake and Hai Phong city.
READ MORE
3355000VND
Book Now 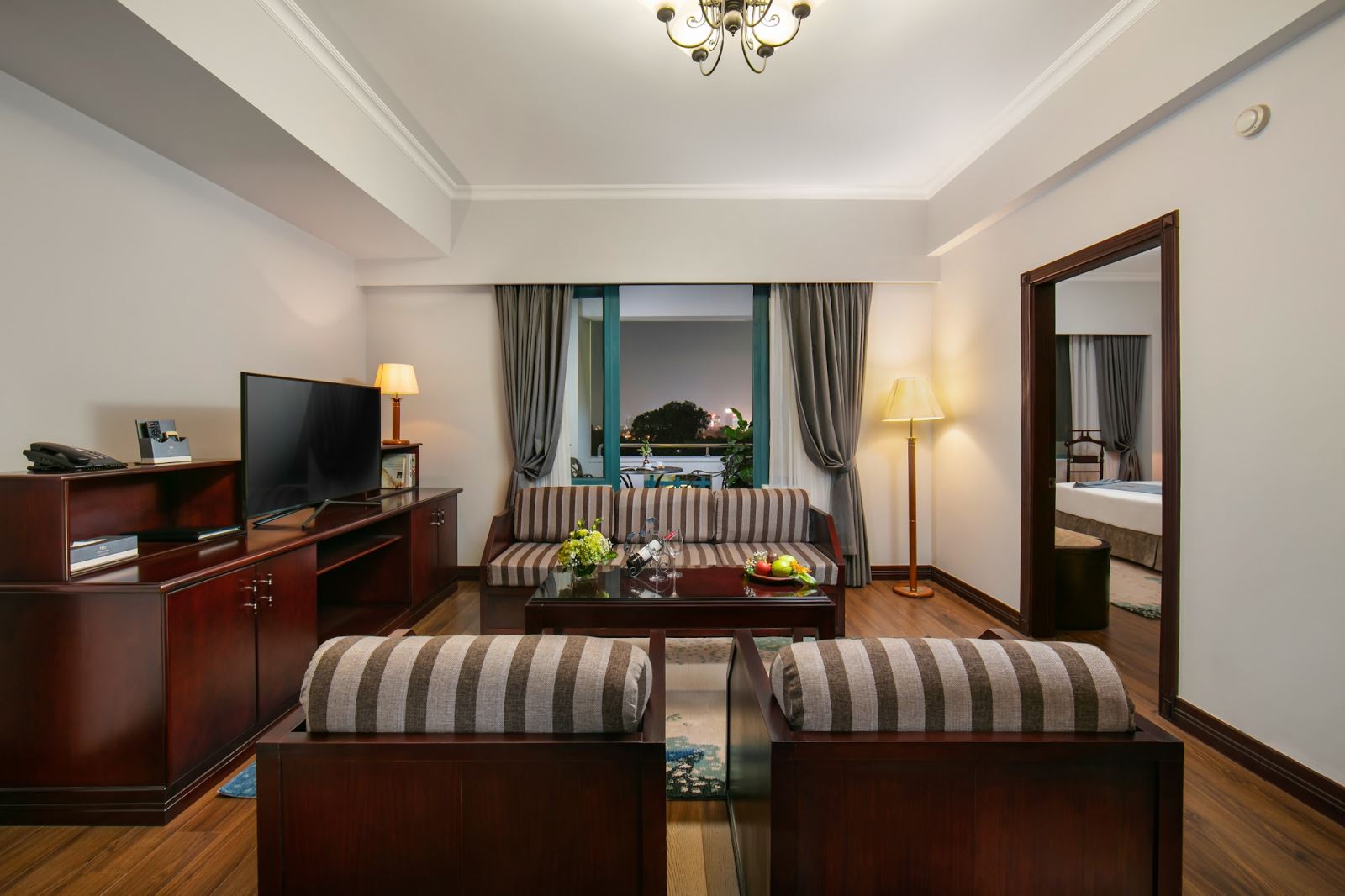 Nam Cuong Suite is the most luxurious choice at The Tray Hotels, owning a large balcony overlooking the lake, a personal jacuzzi, and a large living room, promising to bring you a wonderful experience. Unprecedented luxury stay experience.
READ MORE
6415000VND
Book Now 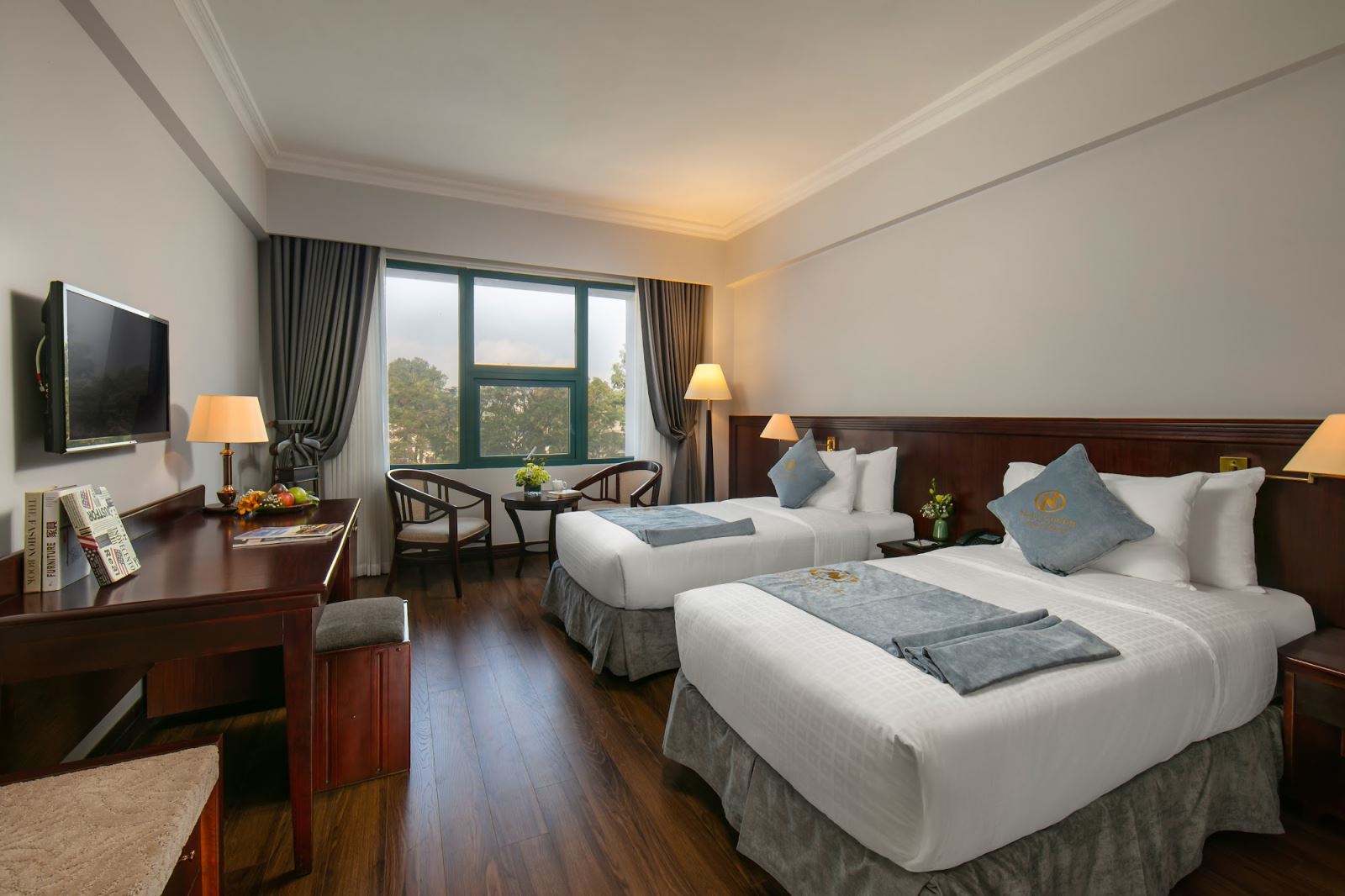 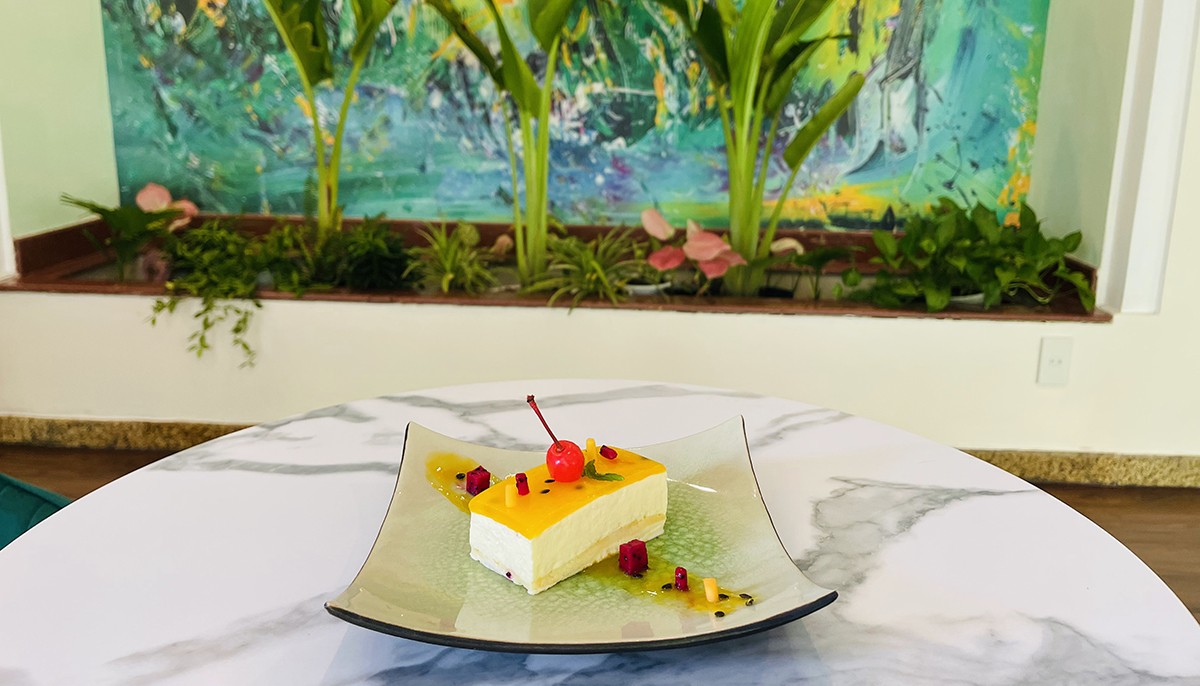 Treat yourself to an elegant afternoon tea at The Tray Coffee, look down on the lake or bask in the sunset with snacks paired with your favorite tea.
READ MORE

After the stress of your week, let your body recuperate, rest and enjoy the amenities and relaxing massage exclusively for you at The Tray Hotel.
READ MORE 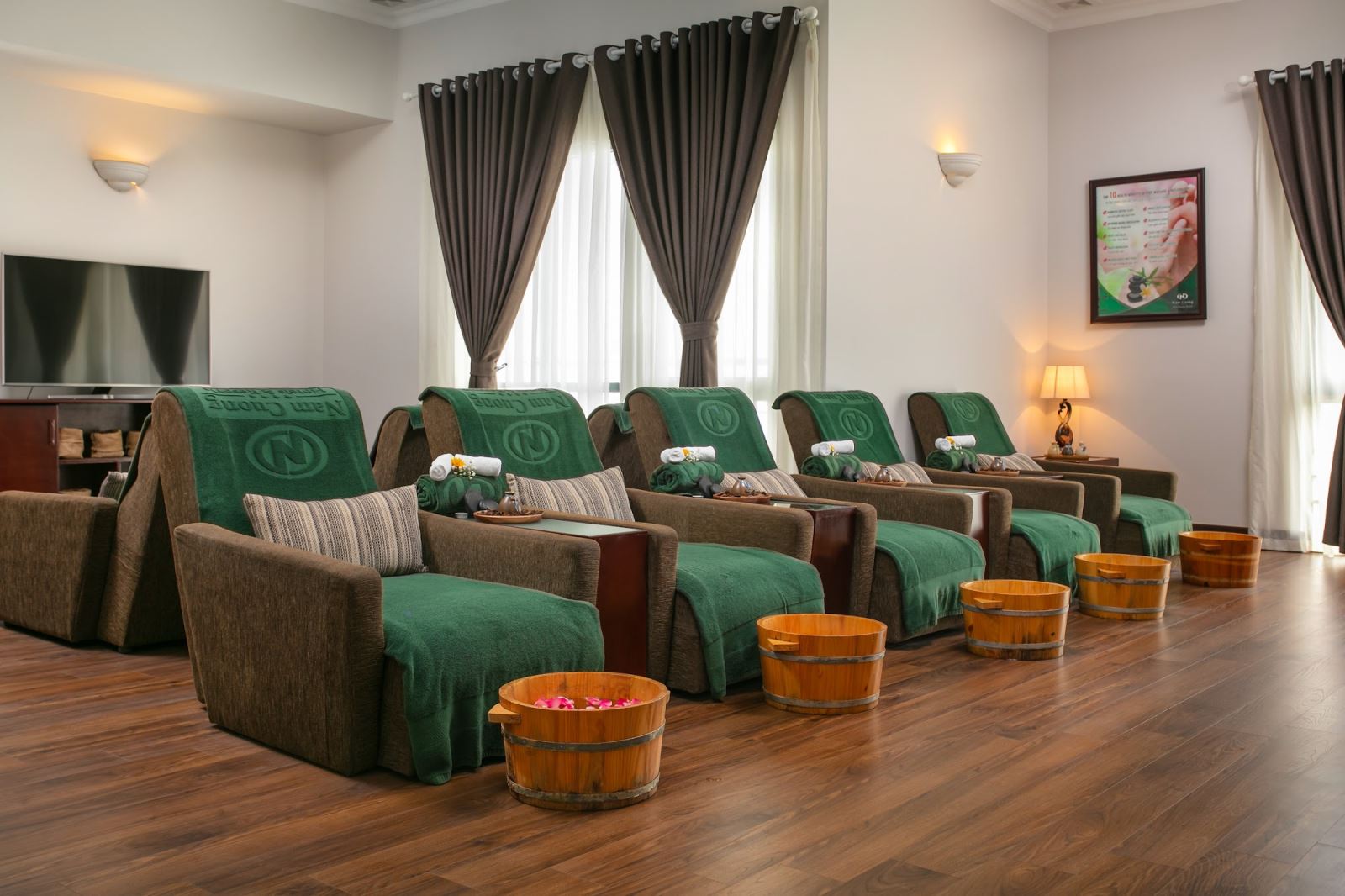 Indulge in our wide range of spa treatments, choose from and indulge in a treatment package that's right for you
READ MORE 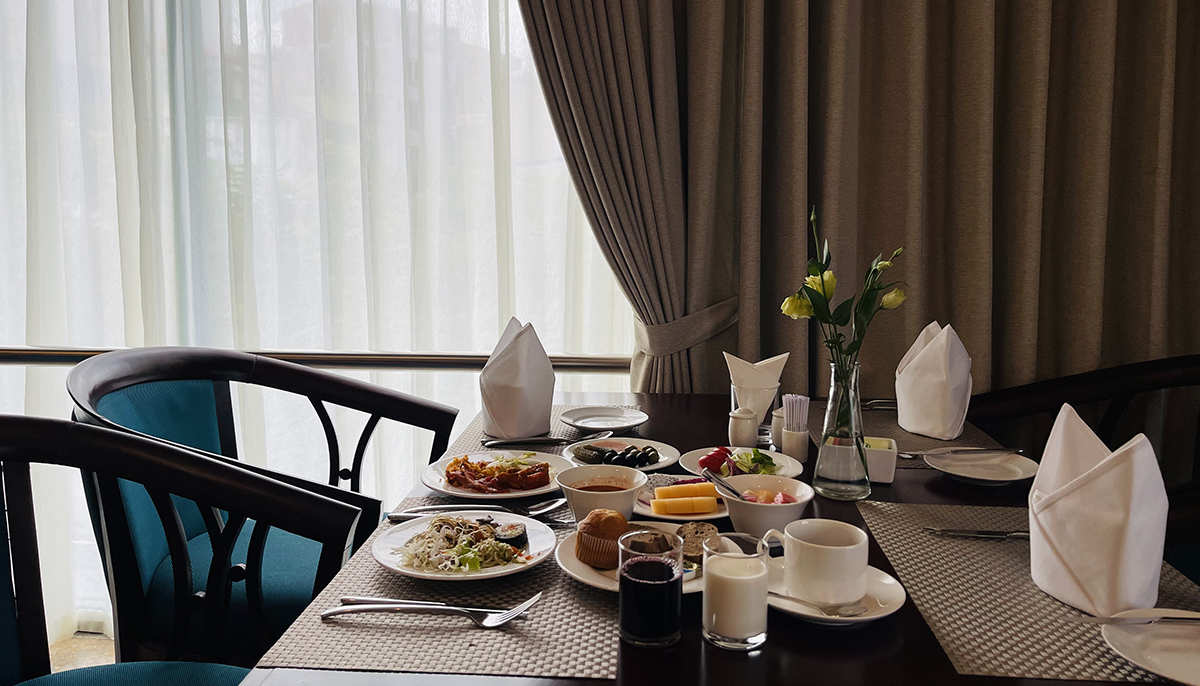 It's been a while since you've had dinner with your partner or friends and watched a movie together? It's now easy to book a candlelit dinner table and enjoy a great movie on weekends.
READ MORE

Surprise your other half by planning a romantic 2 day 1 night stay with a warm dinner served in your room, plus mouth-watering dishes and delicious desserts Take your date night to the next level.
READ MORE

EXPLORE OUR UNIQUE EVENT SPACES IN HAI PHONG
YOUR SHOW, YOUR CALL
VIEW ALL MEETINGS & EVENTS

Want more savings and rewards? Just browse through our offers to receive exclusive member rates, discover special curated dining menus, or organise your next event with our meetings and events packages.
READ MORE
Request For Proposal

With a size of up to 110 m2 and maximum capacity of 150 guests, the conference room of The Tray Hotel is an ideal place to organize small and medium-sized parties and meetings
READ MORE
Request For Proposal 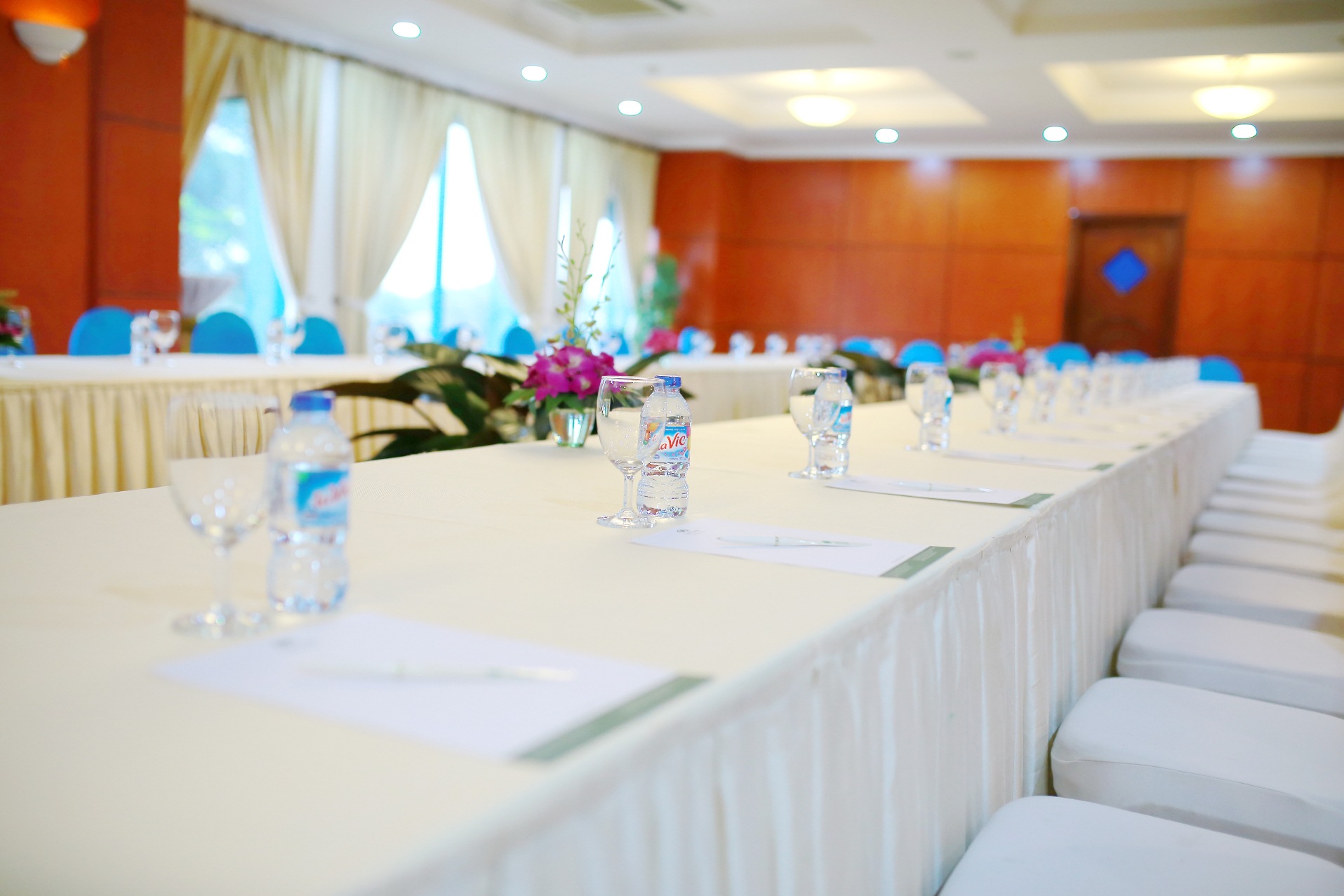 With a size of up to 110 m2 and maximum capacity of 150 guests, the conference room of The Tray Hotel is an ideal place to organize small and medium-sized parties and meetings
READ MORE
Request For Proposal

As a combination of restaurant and bar, as its name suggests, Lighthouse restaurant which located on the top floor of The Tray Hotel like a lighthouse, illuminating right onto the nightlife of Portland from on above
READ MORE
Reserve a table

Located right in the main lobby of The Tray Hotel, The Tray coffee brings a classic feeling that blends in harmony with a burst of contemporary touches.
READ MORE
Reserve a table

This is a good hotel with large rooms, friendly and professional staff, good breakfast. Perfect location. I will stay there again for sure.

The staffs are friendly and helpful. The restaurant served good food. Excellent breakfast selections. Pool is clean and well maintained..Though the location is kind of far from the city center its quite and relaxing atmosphere is worth the stay.

Probably the best choice at that area

The swimming pool is remarkable. Room is ok. Asian food at Restaurant is ok. Western are not up to standard

GREETINGS FROM THE TRAY HOTEL!

Located in the business and leisure district of Hai Phong city only a short drive to Hai Phong airport and Do Son beach. A busy, yet historic and green surrounding amidst a lake, park and traditional shopping areas make the The Tray Hotel an ideal place to stay. Other close by city sites as football stadium, culture and exhibition centre, children’s park and university belt.

LEARN MORE ABOUT US

The Tray Hotel was launched in October 1998 with the first name as ” Tray Hotel “. For over 10 years, the hotel has confirmed Hotel brand on the travel market of the city of Hai Phong. Along with long-term orientation in the field of commercial business – tourism – hotels of Hanoi Nam Cuong Group, dated 01 May 01 2009, hotel Tray officially renamed The Tray Hotel. The Tray Hotel & Nam Cuong Hai Duong Hotel, and some hotels are about to put into operation as Nam Cuong Nam Dinh Hotel, Complex Hotels – Offices in Duong Noi urban area, … in systems Travel – Hotels, under Hanoi Nam Cuong Group, specializing in the construction of new urban areas and trade business – tourism – hotels.